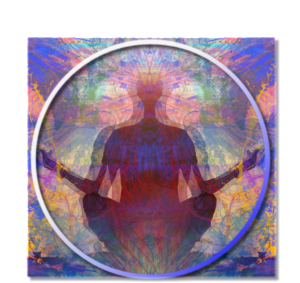 In the wake of his confrontation with the unconscious (1913-1916), C.G. Jung wrote a short essay titled “The Transcendent Function;” and although the essay was not published until 1957, it is in my opinion one of his most important works. Jung (1916/1957) indicated that the essay was written as a partial answer to the following question: “How does one come to terms in practice with the unconscious?” (CW8, p. 68). In the same vein, Jung (1916/1957) also suggested that active imagination—a method he devised to approach, amplify, and integrate psychic “contents of the unconscious which lie, as it were, immediately below the threshold of consciousness and, when intensified, are the most likely to irrupt spontaneously into the conscious mind” (CW8, p. 68)—could bring about the conditions necessary to unite unconscious contents with consciousness into a symbolic synthesis that transcends both the former and the latter. According to Jung, the transcendent function is the psychological process that mediates conflicting attitudes, conscious and unconscious, within the personality. In Psychological Types his first major publication after his so-called fallow period, Jung (1921/1971) officially defined the transcendent function as follows:

I have called this process in its totality the transcendent function, “function” being here understood not as a basic function but as a complex function made up of other functions, and “transcendent” not as denoting a metaphysical quality but merely the fact that this function facilitates a transition from one attitude to another. The raw material shaped by thesis and antithesis, and in the shaping of which the opposites are united, is the living symbol. Its profundity of meaning is inherent in the raw material itself, the very stuff of the psyche, transcending time and dissolution; and its configuration by the opposites ensures its sovereign power over all the psychic functions. (CW6, para. 828)

Jung borrowed the term from the mathematical concept of a transcendent number, which is a function of a real or imaginary number that is not algebraic (e.g., π, e).

Because the contents of the unconscious and the attitude of everyday waking life are frequently at odds with one could characterize their relationship as asymmetric. 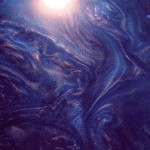 Figure 1. Patterns in the unconscious are like invisible eddies and vortices.

The unconscious content may not conform to the prevailing conscious attitude of the ego—the continuous center of consciousness. Only contents that have reached a certain threshold intensity reach consciousness whereas others are relegated to the darksome confines of the unconscious until they can attain a certain threshold intensity. Thus, one could compare the relationship between the unconscious and consciousness to the invisible eddies and vortices that can occupy a body of water (Fig. 1). Their requisite energy can stir up the water’s contents and in some cases raise them to the surface. Furthermore, fantasy-images drift within the unconscious until they are raised to the surface of consciousness by a certain stimulus or event which releases energy into the psyche. In this way, one cannot overemphasize the dynamic nature of the psyche, which gives rise to a picture of a self-regulating energetic system.

“Thus he kills the monster, which then drifts to land, where the hero, new-born through the transcendent function (the “night sea journey,” as Frobenius calls it), steps forth, sometimes in the company of all those whom the monster has previously devoured.” (Jung, 1928, para. 160)

Culture and civilization require that that we constantly direct our consciousness into an activity and what follows is dissociation in other parts of our personality that are too vying for expression. In this vein, Jung (1916/1957) suggested that “The unconscious contents want first of all to be seen clearly, which can only be done by giving them shape, and to be judged only when everything they have to say is tangibly present” (CW8, para. 179). The whole of the psyche wants to bask in the light of consciousness, but one-sidedness is a necessary consequence of directed consciousness or psychic functioning. In other words, selecting one direction or position precludes the all other directions. A counter-position or counter-direction then is gradually built up in the unconscious. Where analysis, dream work, active imagination and others methods come in handy, is addressing the artificial ramparts built up between consciousness and the unconscious.

The personality is able to attain a new psychological attitude by synthesizing a symbol that transcends (“rises above”) old conscious attitude. The energy value from the tension of opposites contributes to the formation of a new symbols that can 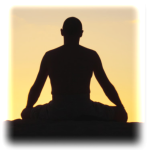