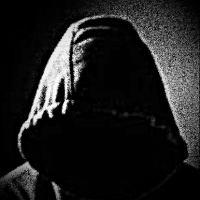 “Who knows what evil lurks in the hearts of men? The Shadow knows!”

In the early 1930s, the fictional character The Shadow appeared in a detective magazine of the same name. The pulp magazine revolved around a mysterious nocturnal crime-fighter. The character evolved into a vigilante figure with anti-hero qualities. The Shadow, as his name suggests, terrorized criminals at night, possessed psychic powers, and was clad in black. Needless to say, The Shadow shared a number of characteristics with Batman, who was introduced nine years after The Shadow. In fact, one could say that Batman creator Bob Kane loosely based his character on The Shadow.

The character was originally depicted as wearing a trademark wide brimmed black hat and a black crimson-lined cloak with an upturned collar over a standard black business suit. However, overtime his appearance changed. Subsequent depictions, to include the 1994 film of the same name, portrayed the Shadow as wearing a wide-brimmed, black fedora and a crimson scarf just below his nose and across his mouth and chin (Fig. 1). The Shadow, like Batman had an alter ego. During day, he would masquerade as the wealthy and attractive socialite Lamont Cranston while at night he assumed the identity of The Shadow. 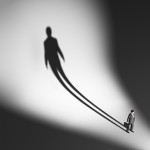 Figure 2. Try as we may, we cannot escape our shadow.

Serendipitously, during the same time period, Carl Jung was busy communicating (e.g., seminars, interviews, publications, etc.) his psychological concepts to the world at large, one of which was called the shadow, which sounds more like a metaphor than a concept. Jung (1940/1959) suggested that an “archetypal content expresses itself, first and foremost in metaphors” (CW9i, para. 237), and the shadow is no different. In many ways, the human psyche is like Lamont Cranston. The ego occupies the day world of consciousness whereas another aspect of our personality consists of a shade of consciousness. The ego manufactures a psychic shadow just as the body casts a physical one when contrasted with light (Fig. 2)

Jung viewed the shadow as one of the principal dominants (i.e., archetypes) of the human psyche:

The parts of ourselves which we are unwilling to accept, and therefore forget or repress, form the figure of the shadow. The shadow is connected, on the other side, with the contents of the collective unconscious, and thus elements enter into the images which have never been known to consciousness. (ETH Lecture)

The shadow is a moral problem that challenges the whole ego-personality, for no one can become conscious of the shadow without considerable moral effort. To become conscious of it involves recognizing the dark aspects of the personality as present and real. This act is the essential condition for any kind of self-knowledge, and it therefore as a rule, meets with considerable resistance. (CW9ii, para. 14)

Because the shadow poses a moral problem, it also proffers an opportunity for personal growth. Few mythological stories present the moral problem of evil as starkly as the Christian Gospels. Although the problem of evil is a perennial theme in Christianity, there are three chief archetypal figures that highlight the problem of evil in the New Testament: Jesus, Satan, and God. The late Jungian analyst Edward Edinger (1987) went to great lengths to explicate the Christian myth, which he rightly pointed out has its origins in even older myths (e.g., The Egyptian Osiris, Isis, and Set).

Figure 4. The Harrowing of Hell (A. Mantegna)

In Matthew 4:1-11, Satan (i.e., adversary) tempts Christ for 40 days in the wilderness (Fig. 3). The said number crops up elsewhere in the bible and seems to allude to the alchemical opus. Christ overcomes Satan and returns to the world where he is crucified (Matthew 27:32-56). After his crucifixion and death, Christ descends to Hades (i.e., Hell), which in Christian doctrine is referred to as the ‘Harrowing of Hell’ (Fig. 4). Viewed psychologically, one could say that while in Hades Christ was able to reconcile his dark opposite, Satan, while administering to the souls of the dead and departed. Such an undertaking amounts to what Jung called a complexio oppositorum, a union of the opposites. Jung (1951/1959) commented on the psychological meaning of the said motif:

The scope of the integration is suggested by the descensus ad inferos, the descent of Christ’s soul to hell, its work of redemption embracing even the dead. The psychological equivalent of this is the integration of the collective unconscious which forms an essential part of the individuation process. (CW9ii, para. 72)

So in Jung’s view, Christ’s journey to the underworld (Ephesians 4:9) was necessary, without which Christ would not have been able to ascend to heaven. Thus, the standard mythological formula is closely adhered to in Christ’s descent to hell and subsequent ascension to heaven. Edinger has reminded us that “The resurrection is actually the first term in a threefold sequence: resurrection, ascent, descent (Pentecost)” (p. 119); and Jung (1938/1969) articulated this formula in his lengthy essay on psychology and religion:

The three days’ descent into hell during death describes the sinking of the vanished value into the unconscious, where, by conquering the power of darkness, it establishes a new order, and then rises up to heaven again, that is, attains supreme clarity of consciousness. The fact that only a few people see the Risen One means that no small difficulties stand in the way of finding and recognizing the transformed value. (CW11, para. 149)

Admittedly this is merely an interpretation, but it seems as though like Christ, the shadow within each of us, is transformed when we acknowledge its value; and by recognizing our own shadow we can develop a better appreciation of the shortcomings in others. The character of Mephistopheles (Fig. 5) in Faust could just as well be viewed as a sort of shadow figure. In many ways, Mephistopheles is superior to the limited moral viewpoint of Faust and in this way can seem superior to the ego’s provisional position within the personality. Jung (1945) aptly described the Faust-Mephistopheles in terms of the shadow:

Faust is face to face with Mephistopheles and can no longer say, “So that was the essence of the brute!” He must confess instead: “That was my other side, my alter ego, my all too palpable shadow which can no longer be denied. (Jung, CW10, para. 439)

Therefore, viewed from the standpoint of the ego the shadow can seem primitive, awkward, and understandably difficult to grasp. The shadow is not necessarily bad, just misunderstood and underdeveloped. The best way to counter its effects is through consciousness. Jung (1951/1959) added that

If it has been believed hitherto that the human shadow was the source of all evil, it can now be ascertained on closer investigation that the unconscious man, that is, his shadow, does not consist only of morally reprehensible tendencies, but also displays a number of good qualities, such as normal instincts, appropriate reactions, realistic insights, creative impulses, etc. (CW9ii, par. 423)

The shadow distorts our perceptions and can lead to a wave of illusory projections. In order to avoid problematic projections, we should try to acknowledge the shadow rather than denying or hiding it. Such conscious recognition can help us avoid projecting shadow qualities on others, which can not only afflict individuals but also impact groups and entire nations. Shadow projections further distort our picture of ourselves and others. One need only be human to recognize that there are certain things we do not like about ourselves, which we relegate to a highly fortified compartment of the human mind. Although these contents are unconscious, they still plague us with their effects often appearing as strange and hostile interlopers. They live within us as psychic seeds of shame and guilt. The shadow is an archetype, a potential that we carry with us beneath the thin veneer that characterizes our conscious life. As Jung pointed out: “Everyone carries a shadow, and the less it is embodied in the individual’s conscious life, the blacker and denser it is” (CW10, para. 132). Thus, only by confronting the shadow can we attain wholeness and resolve our projections, which underpins another key Jungian idea: individuation. No person can achieve wholeness by living divided. For every Bruce Wayne there is a Batman and, for every Lamont Cranston there is The Shadow.

The shadow works in concert with what Jung called the inferior function, the most underdeveloped mode of consciousness—feeling, thinking, sensation, or intuition. That is why in analysis, the patient is encouraged to try to consciously exercise his or her inferior function by way of his or her auxiliary and tertiary functions. One practically needs to burrow through the auxiliary and tertiary functions to arrive at the inferior function, which is the least differentiated mode of consciousness within the personality. By making a conscious effort to exercise ones’ inferior function, one is also activating the contents of his or her shadow. The intended goal is ultimately achieving a more whole and proportionate personality, which parallels Jung’s principle of individuation.

So one might ask why the shadow appears in the first place? Adaptation is imperfect and the ego deems countless experience as incompatible with its associated values. Although Jung viewed the shadow as a component of the collective unconscious, he also acknowledged that it is largely shaped and colored by personal and cultural factors. The personality may desire something that is not commensurate with social and cultural demands, which leads to the repression of certain experiences and further divides the personality.

Just like the ego, the shadow is psychologically necessary. Try as we may, we simply cannot avoid casting a shadow. By bringing the shadow into consciousness, it loses its power and the personality wins an increase in consciousness. One however can only approximate integration of the shadow. One can never raise it fully into consciousness. In this way, we must accept that there are certain parts of the personality that we can never fully assimilate. We should be careful about banishing all of our demons (i.e., shadow material). Even our figurative demons serve a purpose. For when we think they have been exorcised, they do not go away but merely become something else. We should then aspire to reconcile the ego with shadow, as much as the sun attempts to reconcile day and night. “To confront a person with his shadow is to show him his own light” (CW10, para. 872).

Confrontation with the shadow, like Christ’s encounter with Satan, can lead to a higher order of knowledge and self-awareness. Though the experience can feel disconcerting and even terrifying, it can foster personal growth and psychic health. In fact, one could consider the integration of the shadow as essential to knowledge of the self.