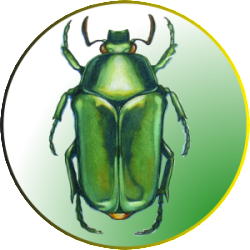 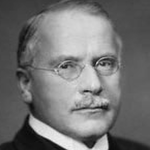 Synchronicity is arguably one of C.G. Jung (1875-1961) (Figure 1) most original and most widely misunderstood concepts. One could say that the synchronicity hypothesis emerged as a result of Jung’s life-long interest in physics, dreams, and paranormal phenomena in general. Jung did not formally publish a work on synchronicity until 1952, however, he alluded to the basic idea of an acausal connecting principle as early as 1915, and as documented in his Dream Analysis Seminar, Jung (1984) explicitly mentioned the term for the first time on December 4, 1929 (p. 417) and made an indirect reference to the phenomenon, calling it synchronism as early as November 28, 1928 (p. 44). Thus, the phenomenon of acausal orderedness had occupied his thoughts long before he published his monograph on the said topic. From a Jungian perspective, synchronicity occurs when a psychic content—a thought or an image from a dream—coincides with an outer event at roughly the same time. For Jung, synchronicities are meaningful coincidences that seem bound up with what Jung called an archetype: a universal psychic dominant that structures human experience.

Throughout his long career, Jung observed peculiar parallelisms between physical events and psychic contents that tended to occur at nearly simultaneous moments of time. During his confrontation with the unconscious (1913-1916), Jung made a number of observations that could be considered synchronistic. For instance, as early as June 3, 1915, Jung (2009) wrote of spotting spotted an osprey descend to seize a large fish from the lake before ascending into the sky. Jung reported that after the strange occurrence his soul said to him: “That is a sign that what is below is borne upward” (p. 336). It also seems serendipitous that only a few years earlier, January 15, 1911, Jung dined with Albert Einstein (1879-1955) (Figure 2) who discussed with Jung and other guests (e.g., Bleuler) the then-nascent theory of relativity (Freud & Jung, 1973, p. 171). In The Protocols, Jung claimed that Einstein visited him at his residence in Kusnacht, Switerland, more than once. “He [Einstein] explained his theory of relativity to me, and he came to see me several times at my house for this purpose” (1957, p. 30). Jung even accredited Einstein’s influence to his early thinking on synchronicity (1976, pp. 108-109). 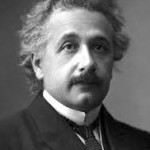 About 20 years later, Jung would meet the brilliant physicist Wolfgang Pauli (1900-1958) (Figure 3), who at the time was having a series of powerful and cryptic dreams that he struggled to understand. A creative collaboration would ensue that would span the course of nearly 30 years. The Pauli-Jung collaboration sought to find a unifying principle between physics and depth psychology. Pauli’s knowledge of physics and quantum theory was a boon to Jung’s formulation of his synchronicity hypothesis.

One of the most widely circulated anecdotes on synchronicity deals with a patient of Jung that he describes as a young woman. According to Jung (1952), one day he was analyzing a patient and she shared with him the details of a dream that she had the night before. The dream’s principal motif was a golden scarab. Jung described the woman’s temperament as extremely rational. While the woman was describing the dream to Jung, he heard a tapping at a nearby 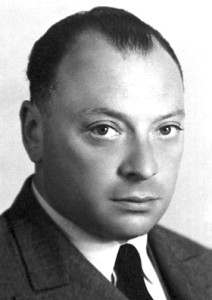 window in his study. Jung noticed that a large flying insect was trying to get into the room. Jung opened the window and caught the creature in his hand realizing that it was a scarabaeid beetle, gold-green in color. Jung turned to his patient and showed her the insect saying: “Here is your scarab” (CW8, para. 982). Jung further explains that the patient, not surprisingly, was startled and her reaction shocked her out of her one-sided Cartesian rationalism so that her analysis could successfully proceed. Of course, this anecdote was just one of a great deal many that Jung had collected throughout his life. Events like this occur more often that we admit. If one takes the time to examine his or her life, a number of peculiar events will undoubtedly surface that could be described as synchronistic.

It is important to underscore the central features of Jung’s epistemology in order to arrive at a better understanding of what he was trying to articulate with his synchronicity hypothesis. The principal source of his epistemology is Immanuel Kant (1724-1803) (Figure 4), whose concept of a borderline concept Jung co-opted for his own conception of the unconscious. The negative borderline concept is practically indistinguishable from Kant’s notion of the noumena, the essence of the object that is beyond sensory experience. Because of his neo-Kantian epistemology and other philosophical influences(e.g., Philo Judeus), both space and time for Jung could be viewed as a posteriori constructs of the psyche. Jung referred to space-time as a quaternity—the three dimensions of space combined with the one dimension of time—and ostensibly in the tradition of Kant, considered this formulation the organizing schema par excellence “for any apprehension of the physical world—indeed, the very possibility of apprehending it” (Jung, CW9ii: para. 398). Jung views space and time as an organizing schema. 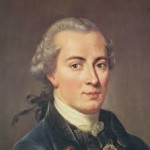 The mind has a natural tendency to discriminate between objects and events, and thus experiences what we all view as space and time—a kind of psychic coordinate system that gives the individual orientation through the four functions. In this way, Jung did not hesitate to introduce an alternate organizing schema that would complement causality, linear space-time, and discrete matter-energy configurations (Figure 5). The following commentary seems to apropos to this viewpoint:
Space and time, the conceptual co-ordinates of bodies in motion, are probably at bottom one and the same (which is why we speak of a long or short “space of time”), and Philo Judaeus said long ago that “the extension of heavenly motion is time”. (1952, CW8: para. 855)

Elsewhere, Jung (1952) clarified his viewpoints regarding the provisional reality of space and time:
In themselves, space and time consist of nothing. They are hypostatized concepts born of the discriminating activity of the conscious mind, and they form the indispensable co-ordinates for describing the behavior of bodies in motion. They are therefore, essentially psychic in origin, which is probably the reason that impelled Kant to regard them as a priori categories. But if space and time are only apparently properties of bodies in motion and are created by the intellectual needs of the observer, then their relativization by psychic conditions is no longer a matter for astonishment but is brought within the bounds of possibility. The probability presents itself when the psyche observes not external bodies, but itself. (CW8, para. 840)

Thus, it is not difficult to see why Jung (1952) emphasized a falling together in time. One need only examine the word itself to glean the specific meaning of the concept: Greek: syn = together, chronos = time). Thus, the concept of time is inextricably bound up with Jung’s theory. There was a sort of acausal correspondence between physical phenomena and psychic contents (i.e., dreams, visions, thoughts, ideas, etc.) that comes together with the experience of a meaningful coincidence. Jung points out that “it cannot be a question of cause and effect, but of a falling together in time, a kind of simultaneity” (CW8, para. 840). Thus, the problem of time figures prominently into the hypothesis. Jung seems to have tried to approach time as factor coterminous with the psyche. In other words, time is merely a psychic experience that without the psyche would cease to be. Jung (1952) further evinces this point in his three-pronged description of synchronicity:

By synchronicity I mean the occurrence of a meaningful coincidence in time. It can take three forms:

Thus, it is clear that the attendant phenomenology of synchronicities can manifest in a variety of ways. It is also important to point out that Jung’s meaning of simultaneity is only approximate. In other words, both event a) and event b) do not have to occur at exactly the same time, but only the approximate same time. As indicated from three abovementioned categories, synchronicities include the experiences of precognitive phenomena and prophetic visions. Jung claims that it was a vision that occurred in November, 1913 that marked the beginning of what would later be called his confrontation with the unconscious. Thus, synchronicities could be said to have played a crucial role in the early development of Jung’s ideas that would later be imported into analytical psychology.

What Jung was mainly trying to impart with his synchronicity was the supposition that both physis and psyche arise from a common transcendent background. Synchronicities demonstrate that at bottom all phenomena, both psychic and physical, arise from a unitary reality that Jung associates with what the alchemists called the unus mundus (one world). Jung alternatively referred to the so-called transcendental medium as psychoid. Synchronicities suggest that archetypes of meaning erupt into what the conscious mind apprehends as time and momentarily connects psyche and physis through a meaningful symbol. In this context, Jung relates the tertium comparationis, the quintessence of the experience, to psychoid archetypes. Jung (1952) further described it as follows:

These are indefinite, that is to say they can be known and determined only approximately. Although associated with causal processes, or “carried” by them, they continually go beyond their frame of reference, an infringement to which I would give the name “transgressivity,” because the archetypes are not found exclusively in the psychic sphere, but can occur just as much in circumstances that are not psychic (equivalence of an outward physical process with a psychic one). Archetypal equivalences are contingent to causal determination, that is to say there exist between them and the causal processes no relations that conform to law. (CW8, para. 964)

In this way, archetypal equivalences could be viewed as the meaning that comes about through a synchronicity. Jung further suggested that the archetype is not restricted to the psychic sphere but because of its psychoid nature can influence causal and natural process as well. In other words, the archetype is the brick and mortar not only of the psyche but of the physical world as well and thus its role as a dynamic psychophysical shaper and organizer. Whatever the case may be, one cannot deny the originality of the idea of synchronicity, nor ignore the implications of the weltanschauung that emerges because of synchronicity. It seems then that philosophers, depth psychologists, and theoretical physicists, alike, all have much to learn from Jung’s avant-garde hypothesis.