17 May / Projections: Cutting through the Darkness 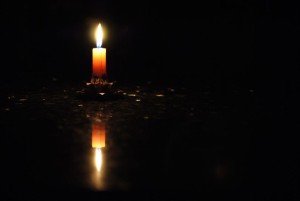 ”The psychological rule says that when an inner situation is not made conscious, it happens outside, as fate. That is to say, when the individual remains undivided and does not become conscious of his inner opposite, the world must perforce act out the conflict and be torn into opposing halves.”

Projection refers to the unconscious transference of psychic contents onto an external object, person, or situation. C.G. Jung (1921/1971) suggested that projection “results from the archaic identity of subject and object” (CW6, para. 783). Although, the term did not originate with Jung—Sigmund Freud coined the term—projection and its attendant phenomena would become a foundational concept of Jung’s psychology. The principal difference between Jung’s understanding of projection and Freud’s is one of degree rather than kind. Jung proposed that the unconscious is constantly projecting its contents onto external phenomena. In this way, the world of experience is comprised of psychic images which color and shape the way one experiences the objective world. As Jung (1921/1971) wrote: “The appeal to the subject therefore has the same validity as the appeal to the so-called objective world, for it is grounded on psychic reality itself” (CW6, para. 980). However, the average person naively accepts the world as given without any special consideration to the psychological facts on which the world of experience is predicated on. In other words, every object of experience corresponds to a content of consciousness. What one has not assimilated into his or her experience remains undifferentiated within the unconscious. In this way, projection could be viewed as a background phenomenon that predominantly occurs at an unconscious level.

The Latin proicere, from which the word projection derives, means to hurl or throw, as in an arrow or spear. Because of the etymology of the word, its whole meaning is met with considerable misunderstanding. Thus, the usual picture of psychic projection is of arrows or projectiles that a person has unconsciously hurled through empty space until they psychically lodge into another person. The claim is that, via projection, unconscious contents are lobbed across empty space to lodge in another entity. However, this picture is deceptive and not at all accurate. Projection does not constitute psychic projectiles shooting through space but rather suggest a constant transference of energy which takes place subliminally. Projection may feel like being struck by an arrow, but what it really amounts to is the constellation of an archetype. In fact, one could say that all projections originate from an archetype or an unconscious complex.

On account of their affinity with physical phenomena, the archetypes usually appear in projection; and, because projections are unconscious, they appear on persons in the immediate environment, mostly in the form of abnormal over- or undervaluations which provoke misunderstandings, quarrels, fanaticisms, and follies of every description (CW7, para. 152)

Projections are frequently bound up with what Jung called the shadow, aspects of one’s personality that the ego has deemed unacceptable. What the ego tends to most dislike about itself, it projects onto others. Jung (1951/1959) suggests that “The projection-making factor [the Shadow archetype] then has a free hand and can realize its object–if it has one–or bring about some other situation characteristic of its power” (CW9ii, para. 17). Thus, when one fails to own his own shadow he or she inadvertently projects it onto other people or situations. It is also noteworthy that a projection usually necessitates some sort of hook on which it can cling onto. Some people have these hooks while others do not. Jung (1916/1948) added that

It is helpful to think of projection in contrast to its opposite: introjection (Fig. 1). 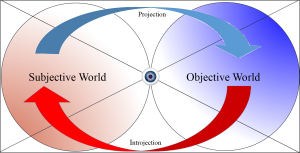 Whereas projection dissimilates the object from the subject, introjection assimilates the object to the subject or one’s psychic interiority. Jung succinctly put it this way: “Introjection is an assimilation of object to subject, projection a dissimilation of object from subject through the expulsion of a subjective content into the object” (CW6, para. 768). Jung further indicates that introjection is a process of extraversion—the outward movement of libido—because, as Jung (1921/1971) writes, “assimilation to the object requires empathy and an investment of the object with libido” (CW6, para. 768). Alternatively, projection is a process of introversion—the inward movement of libido—because rather than assimilating the object it further differentiates and separates the subject from object (1921/1971, CW6, para. 744). As one unconsciously projects onto the world, external objects are introjected into the subjective psyche, which points toward the gradual assimilation of those objects of experience. Jung further suggests that the psyche proper was built up over time, becoming increasingly more complex, as a result of introjection. Given the vast span of time that preceded the arrival of modern man, it makes sense that the human animal was inundated with experiences that were introjected into species and subsequently took form as primordial images (1934/1954, CW9i, para. 54).

One could say that we simultaneously live in two worlds: an inner world of thoughts comprised of ideas, complexes, feelings, and moods; and an outer world consisting of people, objects, and situations. The former is viewed as subjective and the latter as objective. In ancient times, the boundary between the inner and outer worlds, as previously described, was far less defined. The inner world of thoughts, ideas, complexes, moods, and affects extends into the fast and hard world of external objects, which suggests the boundary zone between subject and object has no fixed point and is in a state of perpetual flux. As Von Franz (1978) wrote, “In the unconscious the inner world and outer world are not differentiated” (p. 19). Jung introduced what he and Lucien Lévy-Bruhl called participation mystique to describe this phenomenon. Participation mystique consists of a partial identification between subject and object (Fig. 2). 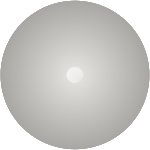 Lévy-Bruhl and Jung mostly applied this term to aboriginal people and children. For them, the subjective world is conflated with the objective one. For the aboriginal person, the object can display what appears as quasi-magical properties, which take on a daemonic quality. In its archaic form, one can even project an entire psychic image which manifests as either a visual or auditory hallucination.

Because Western man is equipped with an ego—a psychic center of identity—he is less susceptible to the experience of participation (Fig. 3). Nonetheless, the unconscious is constantly emptying its contents by projection. The human mind then is at odds with a complex network of 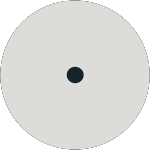 associations when projected distort one’s relation to the objective phenomena in a way that is not consistent with consensus reality. It is important to point out that although projections can be problematic, they have a definite purpose. Projections facilitate and oversee interpersonal relations among people.
So long as the libido can use these projections as agreeable and convenient bridges to the world, they will alleviate life in a positive way. But as soon as the libido wants to strike out on another path, and for this purpose begins running back along the previous bridges of projection, they will work as the greatest hindrances it is possible to imagine, for they effectively prevent any real detachment from the former object. (CW9, para. 507)

Projection assists people adapt to reality and form relationships, which are indispensable to just about everything we do.

“A man who is unconscious of himself acts in a blind, instinctive way and is in addition fooled by all the illusions that arise when he sees everything that he is not conscious of in himself coming to meet him from outside as projections upon his neighbour.” (Jung, Alchemical Studies, 1945, p. 355)

Jung (1946) suggests that “projections can ultimately be integrated back into the individual once he has recognized their subjective origin” (CW16, para. 357). However, to do so requires great conscious effort. Only by forming the right conscious attitude in relation to unconscious can one adequately withdrawal the ubiquitous projections that riddle daily life. Such conscious resolve to withdraw one’s projections necessitates an ethical standpoint, which promotes a better understanding of what Jung called the archetype of the self. Once projections are properly resolved, the individual can turn his or her attention to problem of transference, which constitutes a psychic bond between two people. Jung viewed the transference bond as analogous to what occurs when two chemical substances combine. Just as the two chemical substances are transformed, the two people are similarly changed as a result of the transference. Jung viewed the transference as incalculably important to psychological development.