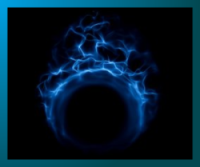 The purpose of this blog article is to examine the concept of libido through the lens of C.G. Jung’s psychology and in contradistinction to Sigmund’s Freud’s (Fig. 1) conception and formulation of libido. The term libido is often met with misunderstanding because of its numerous connotations. According to Jung (1913/1955), “Libido is intended simply as a name for the energy which manifests itself in the life-process and is perceived subjectively as conation and desire” (CW4, para. 282). Although some have charged Jung’s libido theory as a form of vitalism—the view that living 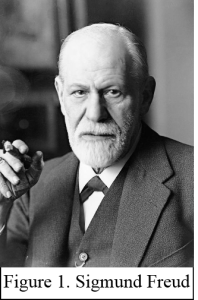 organisms are fundamentally different from inanimate objects in that they seem governed by a different set of principles—Jung wrote that “We shall not be disturbed if we are met with the cry of vitalism. We are as far removed from any belief in a specific life-force as from any other metaphysical assertion” (CW4, para. 282). Thus, in Jung’s view he was not acceding to a vitalistic fallacy, but merely entertaining a reasonable hypothesis that the psyche could be described as a semi-contained system of life-energy (CW8, para. 31). Jung further describes the libido concept as follows:

It denotes a desire or impulse which is unchecked by any kind of authority, moral or otherwise. Libido is appetite in its natural state. From the genetic point of view it is bodily needs like hunger, thirst, sleep, and sex, and emotional states or affects, which constitute the essence of libido. (CW5, para. 194)

It is important to first contrast Freud’s conception of libido with Jung’s. In 1912, Jung published Symbols and Transformations of the Libido (later re-titled as Symbols of Transformation), which suggests that myths, and their attendant symbolism, are libido analogues: symbolic manifestations of psychic energy. As indicated in a previous blog, the symbol is a transformer of psychic energy. Jung’s more inclusive viewpoint of libido as outlined in Symbols and Transformations of the Libido, would ultimately lead to his break with Freud. Jung embraced a broader view of libido which expanded Freud’s psychosexual theory of the same. Jung effectively stripped the libido concept of Freud’s exclusive sexual coloring of the concept. For Jung, libido or psychic energy, as he would later call it, could not be reduced solely to one instinct (i.e., sexuality) but should be viewed in light of a range of physiological, biological, and psychological factors. In fact, Jung’s (1912/1952) conception of libido could also extend to what the philosopher Arthur Schopenauer called the Will (CW5, para. 195). Jung’s conception of libido could best be described as an excess of life energy that, like water, flows into a wide variety of activities to include the formation of myths. “The libido has, as it were, a natural penchant: it is like water, which must have a gradient if it is to flow” (CW5, para. 337). Jung (1912/1952) aptly expressed this point in contradistinction to Freud’s psychosexual definition:

We would be better advised, therefore, when speaking of libido, to understand it as an energy-value which is able to communicate itself to any field of activity whatsoever, be it power, hunger, hatred, sexuality, or religion, without ever being itself a specific instinct. (CW5, para. 197)

Thus, Jung intentionally distanced his concept of libido from that of Freud, for whom it had a predominantly sexual connotation. Jung reasoned that a sexual interpretation of the libido may be suitable in some cases, but could not explain the countless arrangements of libido configurations—culture, art, spirituality, religion, etc.—found in phenomena in general. Myths and symbols demonstrate the way psychic energy is transformed and directed into new activities during the development of culture. Elsewhere, Jung (1913/1955) suggested that:

All psychological phenomena can be considered as manifestations of energy, in the same way that all physical phenomena have been understood as energic manifestations ever since Robert Mayer discovered the law of the conservation of energy. Subjectively and psychologically, this energy is conceived as desire. I call it libido, using the word in its original sense, which is by no means only sexual. (CW4, para. 567)

Jung (1961/1989) further described his conception of libido in his autobiography:

I conceived libido as a psychic analogue of physical energy, hence, as a more or less quantitative concept, which therefore should not be defined in qualitative terms. My idea was to escape from the then prevailing concretism of the libido theory—in other words, I wished no longer to speak of instincts of hunger, aggression, and sex, but to regard all these phenomena as expressions of psychic energy. (p. 208)

It is also important to point out that Jung did not completely reject Freud’s interpretation of libido, but merely felt that Freud applied too rigid a formulation to libido and failed to consider a multiplicity of drives and instincts into which libido could flow. During the course of its development instinct is split into multiple modes of application, which can be put to use in various activities. Jung effectively made myth a province of psychology through his neovitalistic conception of libido because it could be viewed as a culturally conditioned representations of psychic energy: symbols of the libido. Regarding the connection between psychology and myth, Jung (1912/1956) added:

Modern psychology has the distinct advantage of having opened up a field of psychic phenomena which are themselves the matrix of all mythology— I mean dreams, visions, fantasies, and delusional ideas. Here the psychologist not only finds numerous points of correspondence with myth-motifs, but also has an invaluable opportunity to observe how such contents arise and to analyse their function in a living organism. (CW5. para. 611)

Jung (1928/1953) also suggested that “Libido can never be apprehended except in a definite form; that is to say, it is identical with fantasy-images. And we can only release it from the grip of the unconscious by bringing up the corresponding fantasy-images” (CW 7, par. 345). The foregoing passage is apparently referring to the myth-making function of the psyche, or as Williams James (1890/1950) put it: “thoughts tend to personal form” (p. 225).

Jung underscores the importance of libido in giving form and shape to fantasy-images. Jung emphasizes that the psyche, just like any system, can be described in terms of energy, or in this case, libido. For something to become conscious it must have sufficient libido to do so, otherwise it remains unconscious, and fantasy-images are no exception. The ego requires a surplus of libido to make anything conscious, and one can only direct energy into one area of the psyche by taking it from somewhere else. The psyche is restricted by the amount and configuration of its total store of energy (i.e., libido). Thus, one could say that the psyche is a self-regulating system. The same year this essay was published (1928), Jung would take up the energic problem in further detail in his essay “On Psychic Energy.” What makes this essay stand out from others is Jung’s description of his concept of psychic energy (i.e., libido). Jung attempts to clarify his theory of psychic energy, and how it relates to the psyche. From the outset of the essay, Jung distinguishes between two different standpoints, mechanistic and what he calls “energic.” Jung equates the mechanistic point of view with efficient causality whereas on the other hand, he describes an energy configuration that is complementary of the causal viewpoint, which he calls “final” (CW8, para. 3).

With this distinction, Jung was presumably influenced by Aristotle (Fig. 2), who in his philosophical work put forward the idea of four causes, two of which were efficient and final. 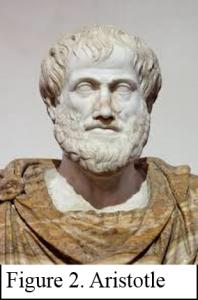 An efficient cause adheres closely to the conventional understanding of mechanistic causality, referring to directional motion. “The mechanistic view is purely causal; it conceives an event as the effect of a cause, in the sense that unchanging substances change their relations to one another according to fixed laws” (CW8, para 2). On the other hand, a final cause or telos, assumes a particular purpose with an unknown goal. According to Jung: “Finality is not only logically possible, it is also an indispensable explanatory principle, since no explanation of nature can be mechanistic only” (CW8, para. 4). Jung further acknowledges that both points of view are indispensable to a systematic understanding of the concept of energy. Jung stresses that both viewpoints are valid; however, too much adherence to one view over the other can lead to “error of hypostatizing their principles” (para. 5).

Jung subsequently turns to the application of the energic standpoint. In this section of the essay, Jung provides a sketch of his concept of psychic energy. Jung distinguishes the universal psychic energy from life energy, or libido (para. 32). The essay is of particular interest because it is by far one of the most scientific of all of his papers. Jung liberally draws from concepts usually reserved to the field of physics like entropy and the law of conservation of energy. Jung was attempting to show that the psyche could be examined 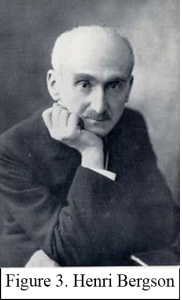 empirically as an energic self-regulating system. Jung applies the energy concept to a number of his key ideas ranging from symbol-formation to extraversion. Again, the essay is of central importance because it outlines the development of Jung’s thinking on a critical topic at a turning point in his life. Jung made an oblique comparison of his own conception of libido with Henri Bergson’s (Fig. 3) elan vital, however, he believed that Bergson’s elan vital concept was too specific. Nevertheless, Jung maintained that elan vital could be viewed as a parallel concept.

Last but not least, psychic energy, in Jung’s view, extends to four general modes of application within the personality: progression, regression, extraversion, and introversion. Progression indicates the advance of psychological adaptation. Generally speaking, one could view progression as the continuous process of adapting to the changing environmental conditions. Regression, on the other hand, suggests a regress of psychic energy, a retrograde movement that returns the individual to an earlier state of adaptation that originated within the inner world. When energy fails to adapt to the changing circumstances of life, its advance is halted and tends fall back into the unconscious. Such a regression typically activates unconscious contents which in turn can create a new symbol. Once this new symbol is formed it enables the personality to further progress and successfully adapt by developing the appropriate conscious attitude. Jung (1928) framed progression and regression in energetic terms and used the analogy of a hydroelectric complex (dams, dikes, and a reservoir):

Progression might be compared to a watercourse that flows from a mountain into a valley. The damming up of libido is analogous to a specific obstruction in the direction of the flow, such as a dike, which transforms the kinetic energy of the flow into the potential energy of a reservoir. Thus dammed back the water is forced into another channel, if as a result of the damming it reaches a level that permits it to flow off in another direction. Perhaps it will flow into a channel where the energy arising from the difference in potential is transformed into electricity by means of a turbine. This transformation might serve as a model for the new progression brought about by the damming up and regression, its changed character being indicated by the new way in which the energy now manifests itself. (CW8, para. 72)

Jung also viewed extraversion and introversion as distinct modes of psychic energy. Whereas progression and regression respectively represent a “forward” and “backward” movement of psychic energy, extraversion and introversion respectively represent an outward and inward movement. Thus, both regression and progression can occur in either extraverted or introverted configurations. For instance, in its regressive mode of application psychic energy can retreat from the outside world (introversion) or escape into the excessive experience of the outer world of objects (extraversion); and in its progressive mode of application, psychic energy is principally drawn to objects and environmental conditions (extraversion) or adapts mainly to the conditions of the ego, the so-called subjective factor (introversion). Thus, one could say that in its totality psychic energy and four principal modes of expression—inward, outward, forward, and backward. All four modes occur simultaneously in varying degrees.