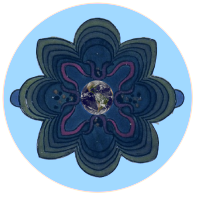 In part I of this blog, we discussed the origins of the term individuation and its development as a central idea in the psychology of C.G. Jung. Having explored where Jung acquired the idea, we can arrive at a more lucid interpretation of its psychological meaning. We also suggested that individuation constitutes the personality’s tendency to differentiate and build up a core of individuality over time. In this way, Jung recognized that conscious individuation takes place via a synthesis between unconscious and conscious contents. When the ego consciously confronts the unconscious and assimilates its contents, the result is an increase in wholeness and by extension a broader view of individual and world. One could say then that individuation is an opus contra naturum, which does not conform to the demands of the collective psyche.

It is also important to point out that ego is only one part of the whole owing its provisional position to a supraordinate reality known as the self (Fig. 1). Which Jung similarly echoed: “The ego discovers itself as being a mere appendix of the self in a sort of loose connection” (1996, p. 39). With an awareness of the self (i.e., gnosis) the personality achieves a broadening and deepening of its conscious -ness. By kindling a light in the darkness, we are better prepared to navigate the journey of individuation. Although we never reach state of equilibrium between the ego and self, through knowledge of the unconscious we can learn to cooperate with the parts of our personality that heretofore have remained hidden. As Jung says, “In the final analysis the decisive factor is always consciousness, which can understand the manifestations of the unconscious and take the position towards them” (1961/1989, p. 187). 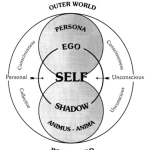 Figure 1. Jung’s Model of the Psyche.

`
Jung (1928/1953) further suggested that “The development of individuality can never take place through personal relationships alone, but requires a psychic relationship to the collective unconscious” (CW7, para. 519). This passage suggests that individuation means little outside a relationship, whether an inner one or outer one, which is an important distinction. On the one hand, the conscious personality relates to the inner domain of thoughts, feelings, subliminal perceptions, sense-impressions, moods, etc. On the other hand, the conscious personality relates to the external world which consists largely of social norms, collective values, and organizations of varying sizes (tribes, communicates, nations, etc.). Whereas the persona dictates how the individual presents oneself to the external world, the soul-image (i.e., anima/animus) mediates one’s relationship to the collective unconscious. The trick is relating to these images without identifying with them and in order to accomplish this feat one needs to develop the right social and ethical stance towards the collective psyche. Thus, one should be able to consciously relate to the collective psyche (i.e., the domain of consciousness and the unconscious) without identifying with it. Jung (1928/1953) aptly makes this point:
The danger, therefore, of falling victim to the collective psyche by identification is not to be minimized. Identification is a retrograde step, one more stupidity has been committed, and on top of that the principle of individuation is denied and repressed under the cloak of the individual deed and in the nebulous conceit that one has discovered what is truly one’s own. In reality one has not discovered one’s own at all, but rather the eternal truths and errors of the collective psyche. In the collective psyche one’s true individuality is lost. (CW7, para. 478)

One should then go to great lengths to avoid identifying with the collective psyche, which would be counterproductive to the aims of individuation. 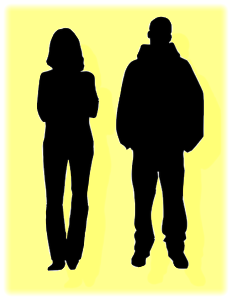 Figure 2. What does individuation mean to you?

Thus, what does individuation mean to you, the average person, who on a daily basis tries to make sense of his life’s journey? We all have asked ourselves this very question, albeit have framed it through our unique life experiences and associated values (Fig. 2). What this means to the individual and how he or she applies that knowledge to life and world is, in my view, the most important question. Jung (1928/1953) dedicated an entire essay (“The Relations between the Ego and the Unconscious”) to explaining what a person does with the unconscious. What ultimately arises from what one’s own confrontation with the unconscious underscores the meaning of the individuation process, which unfolds differently for all of us.

Because individuation is a capstone concept, which relates to some degree to every major concept in Jung’s psychology, it is important that we discuss how its relates to some of the other core ideas introduced by Jung—archetypes, complexes, the unconscious, typology, etc. Although individuation does not occur in a fixed order or sequence, I have suggested a tentative outline for the individuation process. Put differently, the following steps can facilitate, though not guarantee, progress along the individuation journey.