07 Apr / Individuation: Navigating the Road Home (Part I of 2) 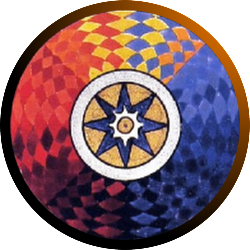 In previous blogs, we have discussed some of the most notable ideas put forward by the psychologist C.G. Jung, which include typology, complexes, the psyche, archetypes, the soul-image, the unconscious, the ego, the shadow, the persona, the symbol, and the self. Given what we have heretofore reviewed, let us turn to the idea that puts Jung’s psychology into action and illustrates how all of the abovementioned ideas dynamically come together during life. Because of the scope of the topic, I have decided to divide the blog into two parts. The first part will cover the origins of the term and what Jung meant by it whereas in the second part I will discuss how the average person can practically apply it to his or her life.

So what is individuation? We have heard all of the clichéd definitions:

Although all of these descriptions are to some degree true, in my view they all miss the mark at capturing the richly nuanced meaning of the term. In order to really understand what Jung meant by the term individuation we need to explore the origins of the idea within the appropriate historical and epistemological context. The concept has been subject to a great deal of misunderstanding in lay and specialized circles alike. Many people confuse individuation with Abraham Maslow’s idea of self-actualization whereas others conflate it with individualism. Although there are similarities, any comparison between the former or latter can only be an oblique one. In order to understand what Jung meant by the term it is necessary to explore the origins of Jung’s usage of the term. 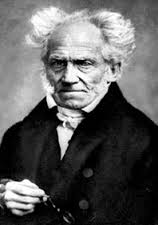 So where did the term originate? Jung seems to have borrowed the term from the nineteenth century philosopher Arthur Schopenauer (Figure 1) who, in his seminal work The World as Will and Representation, alluded to the principle of individuation (principium individuationis) as early as 1819. Schopenauer’s articulation of individuation is difficult to penetrate. He used the term in relation to the principle of sufficient reason, which in his view necessitates a fourfold rubric of understanding predicated on the following criteria: becoming, knowing, being, and willing. Schopenauer (1819/1910) further suggested that the categories of space and time are essential to the principle of individuation.
We have called time and space the principium individuationis, because only through them and in them is multiplicity of the homogeneous possible. They are the essential forms of natural knowledge, i.e., knowledge springing from the will. Therefore the will everywhere manifests itself in the multiplicity of individuals. (p. 427)

One practically needs to take a summer seminar on Schopenauer’s philosophy to grasp the subtleties of his argument. Thus, for the sake of brevity we will just say Schopenauer conjectured that the individual emerged from the confluence of pure categories of understanding (e.g., space and time), knowledge, and will. In this way, it seems that Schopenauer is proposing that genuine individuality can only come about when one ceases to identity with the myriad representations that permate our daily experience. The philosopher Friedrich Nietzsche (1872) also used the term in The Birth of Tragedy to make a distinction between the Apollonian and Dionysian impulses (p. 26). 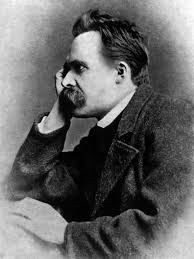 Nietzsche (Figure 2) apparently identified Apollo with the principle of individuation whereas he compared Dionysus with an intoxicating process that dissolves the boundaries of the individual. Jung read Schopenauer and Nietzsche during his college years and their philosophical legacy figured prominently in the development of his ideas. Jung introduced the term in his 1912 work Symbols and Transformations of the Libido, which was later (1916) published in English as Psychology of the Unconscious. In this work, Jung used the individual’s gradual separation from the mother as an example of individuation. Jung (1912) wrote: “The separation and differentiation from the mother, the “individuation” creates that transition of the subjective into the objective, that foundation of consciousness. Before this, man was one with the mother” (CW B, Chapter 8, n. 3). Elsewhere, Jung attributed Schopenauer as a principal influence on his psychological theories: “Diversity arises from individuation. This fact validates an essential part of Schopenhauer’s and Hartmann’s philosophy in profound psychological terms” (CW B, 1912, para. 289). For additional information, cf. Shamdasani, 2009, p. 347, n. 85. It is also noteworthy that Hartmann (1869/1989) discusses individuation largely along the same lines as Schopenauer (p. 30).

Jung also alluded to the term individuation (principium individuationis) in in his Gnostic rendering “Seven Sermons to the Dead,” which he wrote as a creative fantasy during his so-called confrontation with the unconscious (January, 1916). In this strange product of the archetypal imagination, Jung speaks through an archetypal personification named Philemon. Thus spoke Philemon:

Through Jung’s mythopoetic language, one can detect a parallel to Schopenauer’s conception of the world as will and representation. The Pleroma could be viewed a real zero-point, the unmanifested ground of being. 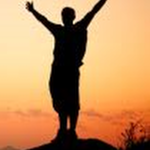 Figure 3. We should not be afraid to be who we are.

Philemon suggests that the central aim of the creature (i.e., human beings) is to differentiate oneself from the collective so that one can actually live as an individual (Figure 3). People cannot differentiate unless the following necessary conditions are present: space, time, consciousness, and perhaps most importantly, will. Later that same year Jung hinted at the individuation concept, although he did not explicitly use the word individuation. In a lecture entitled “Structure of the Unconscious,” he discusses one’s individuality in relation to the persona:
The collective psyche must be contrasted with . . . the concept of individuality. The individual stands, as it were, between the conscious part of the collective psyche and the unconscious part. He is the reflecting surface in which the world of consciousness can perceive its own unconscious, historical image, even as Schopenhauer says that the intellect holds up a mirror to the universal Will. Accordingly the individual would be a point of intersection or a dividing line, neither conscious nor unconscious, but a bit of both. (1916/1928, CW7, para. 507)

In the foregoing passage, Jung was apparently suggesting that one can only become an individual person when he or she thinks and feels for themselves. Jung (1928) further articulated the dangers of overly identifying with the collective psyche: “Identification with the collective psyche is thus a mistake that, in another form, ends as disastrously as the first way, which led to the separation of the persona from the collective psyche.” (CW7, 479). One need only turn on the television or listen to talk radio to appreciate to what degree people identify with the collective. A case in point would be the extreme stratification of the American political system, which is further exacerbated by collective representations and distorted projections. So it seems to me that if people were more willing to individuate rather than simply imitate the ever-changing trends of the popular culture, the world as a whole would be far more integrated place.

It is clear then that the idea of individuation was not formed in a vacuum but was the sum of a long line of intellectual contributions and Jung’s own intense introspection following his break with Freud. Jung suggested that one’s individuality could be viewed as a gradual process of consciously confronting the unconscious without becoming overcome by it. Furthermore, individuation requires a mediation between the ego and the unconscious that can only come about by becoming aware of what lies beneath the stratum of consciousness.

In his 1921 publication Psychological Types, Jung formally defined the concept. He wrote: 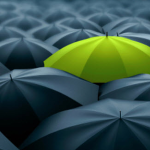 At this point, Jung had officially introduced the idea which would become the overarching aim of his psychology, to become an individual by emancipating ourselves from the herd mentality of the collective. In short, individuation entails finding the courage to be different (Figure 4). Jung would go on to spend the next 40 years articulating what it means to individuate in relation to both the inner subjective world and the outer objective world. Next week, we will proceed in advancing the principle of individuation and examine what it means in practical terms to the average person.