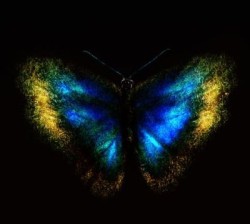 The psyche is the starting-point of all human experience, and all the knowledge we have gained eventually leads back to it. The psyche is the beginning and end of all cognition. It is not only the object of its science, but the subject also. This gives psychology a unique place among all the other sciences: on the one hand there is a constant doubt as to the possibility of its being a science at all, while on the other hand psychology acquires the right to state a theoretical problem the solution of which will be one of the most difficult tasks for a future philosophy. (CW8, para. 261)

So in Jung’s view the psyche stands at the pinnacle of all scientific and cultural endeavors. One could say that in the psyche everything belongs. The psyche is a self-sufficient principle and to borrow a term from Douglas Hofstadter (2007), seems to behave like a “strange loop”, a property that Jung highlighted in the above passage. Paradoxically, it is as if the psyche is both the object of study and subject performing the study, which is consistent with another observation made by Jung (1937/1942):

The psyche is the greatest of all cosmic wonders and the sine qua non of the world as an object. It is in the highest degree odd that Western man, with but very few—and ever fewer-exceptions, apparently pays so little regard to this fact. Swamped by the knowledge of external objects, the subject of all knowledge has been temporarily eclipsed to the point of seeming non-existence. (CW8, par. 358)

One should pay close attention to what Jung is articulating above. We collectively know a great deal “about” a lot of things, however, we fail miserably at understanding the one thing that is supplied to us a priori of our experience. It’s really amazing if one thinks about it. So much depends on the psyche, if not everything. Most of us avoid ever looking inward or examining their own psychological interiority, that however faint, can be detected if one pays close enough attention.

Too often people misunderstand what Jung meant by the term psyche. Science and mainstream culture as a whole seem to have at best inadvertently misused, or at worst, deliberately hijacked the psyche. In this way, I often envision the psyche as a maiden who the reigning cultural paradigm has imprisoned. I imagine her in my mind’s eye locked away in a fortress fortified by a stack of images, each one representing a dominant idea in the western mind (e.g., scientism, physicalism, materialism, etc.). It seems to me then that a central task of being human is to, figuratively speaking, liberate the psyche from her confines. That is to say, unleash her on the world where she is needed most. Let loose the anima mundi.

The psyche is a lot of things, to include a myth, an idea, the fluttering of a butterfly’s wings, the first breath of a newborn baby, a process, an activity, a relationship, dasein! All of these things to some degree connote the general meaning of psyche. Psyche supplies images to experience and without images, which in a roundabout way are the basic units of the psyche, there could be no experience of the world at large. Jung (1968) further suggested the following: “It is as if we did not know, or else continually forgot, that everything of which we are conscious is an image, and that image is psyche” (CW13, para. 75). Thus, one begins to understand just how essential the image-making faculty of the psyche is to the experience of being.

“Everything that is alive in the psyche shimmers in rainbow hues” (CW6, para. 853).

Viewed another way, psyche is what takes place between the subjective idea and the object. It’s a process that ostensibly connects the former and latter together in the middle, the tertium non datur. Ultimately, it was the psyche that Jung was referring to when he introduced his psychological postulate: esse in anima, which means “being in soul” and intimates the “reality of the psyche.” Jung thus postulates a whole new way to view the relationship between self and world, subject and object, which amounts to a form of psychic realism. The imagination could be viewed as a category of reality, an idea that Jung (1921/1971) underscored in Psychological Types: “The psyche creates reality everyday” (CW6, para. 78).

What Jung is suggesting is not psychic solipsism. He is merely pointing out that the psychic medium lets us experience and know things, not unlike how the medium of water propagates a wave through the ocean. In this way, Jung’s bold assertion regarding the psyche is not that bold at all. In fact, it is completely accurate. If nothing else, one should remember that the psyche encompasses all living processes, both unconscious and conscious. Thus, one could say that the psyche is as ubiquitous as space and as abundant as human stupidity. In the religious sense, it could be viewed as the animating principle of life, which makes sense given Jung’s interpretation of libido (i.e., psychic energy)

By The Depth Coach in Life, Psychology
8 Comments