D epth typology is another way to describe C.G. Jung’s typological system and its modern variants. As the name suggests, depth typology addresses personality types in depth. It is worth pointing out that typology is a depth psychological modality rather than a clinical or behavioral model. Although there is a definite clinical and behavioral side to psychological types, they first and foremost are rooted in the depths of the psyche. I am indebted to Mark Hunziker for coining this term to describe the interface between depth psychology and typology. 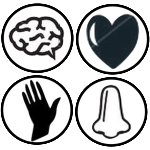 Jung’s typology consists of four distinct cognitive functions: sensation, thinking, feeling, intuition; and two psychological attitudes: introversion and extraversion. Combined together the four functions and two attitudes support the individual’s orientation and adaption to both the inner and outer world. Jung (1921/1971) was fairly clear about what he meant by introversion and extraversion: “Introversion could be viewed as a centripetal movement of libido whereas extraversion could be viewed as centrifugal movement of libido” (CW6, para. 859). He succinctly described the four cognitive modes as such: “Sensation establishes what is actually present, thinking enables us to recognize its meaning, feeling tells us its value, and intuition points to possibilities as to whence it came and whither it is going in a given situation” (CW6, para. 958). By looking at extraversion and introversion we are confronted with the reality of psychic energy. In its introverted configuration it flows inward, that is to say, toward the subject, whereas in its extraverted configuration it flows outward toward the external world of objects and things. Thus, we are ultimately talking about the directional movement of the person’s interest (libido)—outward or inward. Jung suggested that:

Extraversion is characterized by interest in the external object, responsiveness, and a ready acceptance of external happenings, a desire to influence and be influenced by events, a need to join in and get “with it,” the capacity to endure bustle and noise of every kind, and actually find them enjoyable, constant attention to the surrounding world, the cultivation of friends and acquaintances, none too carefully selected, and finally by the great importance attached to the figure one cuts, and hence by a strong tendency to make a show of oneself. Accordingly, the extravert’s philosophy of life and his ethics are as a rule of a highly collective nature with a strong streak of altruism, and his conscience is in large measure dependent on public opinion. (CW6, para. 972) 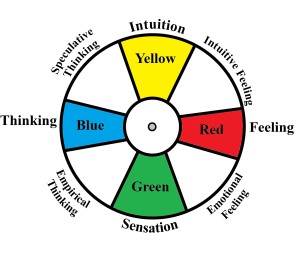 Conversely, Jung described introversion as follows:
“Introversion, on the other hand, being directed not to the object but to the subject, and not being oriented by the object, is not so easy to put into perspective. The introvert is not forthcoming, he is as though in continual retreat before the object. He holds aloof from external happenings, does not join in, has a distinct dislike of society as soon as he finds himself among too many people. In a large gathering he feels lonely and lost. The more crowded it is, the greater becomes his resistance. He is not in the least “with it,” and has no love of enthusiastic get-togethers. He is not a good mixer. What he does, he does in his own way, barricading himself against influences from outside. He is apt to appear awkward, often seeming inhibited, and it frequently happens that, by a certain brusqueness of manner, or by his glum unapproachability, or some kind of malapropism, he causes unwitting offence to people. His better qualities he keeps to himself, and generally does everything he can to dissemble them” (CW6, para. 976).

So what do you value most? The private world of subjective ideas and thoughts, or the public domain of material things and collective values? If you answered the former you are out of all likelihood and introvert. If you answered the latter you are out of all likelihood an extravert. Extraverts primarily receive stimulation from the external world of objects, people, and things. Introverts primarily receive stimulation from the internal world of subjective mental phenomena and impressions.

Thus, two attitudes and four functions takes us to eight type variations in all—extraverted thinking (Te), extraverted feeling (Fe), introverted thinking (Ti), introverted feeling (Fi), extraverted sensation (Se), Extraverted intuition (Ne), introverted sensation (Si), and introverted intuition (Ni). It is also important to point out that no person is a pure type. Typology, like everything in human nature, is presented to us in degrees along a sliding scale. Jung’s categorization of types is a tool for our convenience. Jung did not intend to create caricatures with his typology but merely suggest basic portraits and a definitive phenomenology. Through each function we experience a kind of image of reality. For instance, with sensation we perceive a static or fixed image of reality. One could say that dominant sensation types experience reality concretely in the here and now. Intuition perceives a more fluid reality that consists of possibilities. Intuitive types rarely speak in fixed or static terms. Because of their propensity to view reality in terms of its possibilities, intuitive types are as a rule more future-centric and can seemingly divine future outcomes in either an extraverted or introverted capacity.


As a rational function, thinking evaluates the experience in a static way. We organize these experiences into certain fixed categories. Something is either true or false. The sky is blue. The chair sits in the room. Thinking abstracts statements from images and turns them into concepts and factual statements. So one could say that thinking organizes experiences, subjective and objective, into fixed categories. Feeling too deals with the evaluation of an experience, however, its judgments do not deal in analytical logic and well-defined categories. The feeling function is far more dynamic than the thinking function. It is important to point out that feeling does not suggest an emotional category but a values-based one. Feeling values are not synonymous with emotions. It is difficult to speak about something like freedom in purely intellectual terms. Freedom is a value and thus evokes the feeling function.Feelings, in this way, deal with whether something is good or bad. Therefore, Jung (1989/2012) viewed the four functions as four kind of reality, “(1) static reality that comes to us through sensation; (2) the dynamic reality revealed by intuition; (3) static images given us by thinking; (4) dynamic images sensed by feeling” (p. 134). 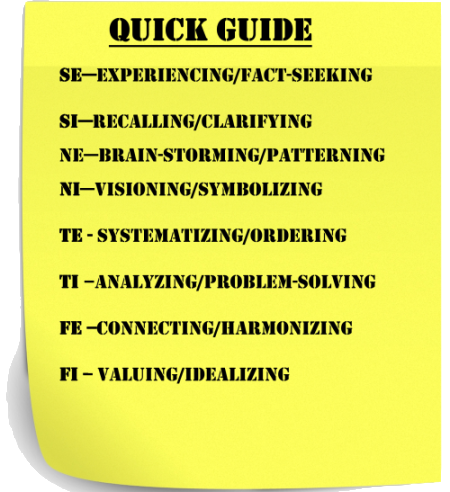