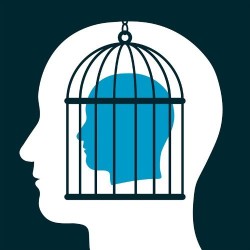 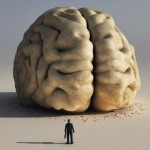 The long path toward happiness is rarely a linear path and understandably there are a number of obstacles that can adversely impact achieving one’s goal regardless of scope and size (Fig. 1). Thinking traps often present challenges to the way we make decisions and socially interact. In fact, thinking traps can significantly impede the basic aims of depth coaching—enhancing self-awareness, promoting creativity, cultivating meaning, and generally improving one’s quality of life. So what is thinking traps? Thinking Traps are overly rigid patterns in thinking that can cause us to miss critical information about a situation or individual. Throughout this blog we discuss and explore the different kinds of thinking traps through a depth psychological lens.

The first major thinking trap occurs when a person “jumps to conclusions,” which commonly occurs when a person believes he or she is certain about a situation despite the absence of evidence to support it. Viewed depth psychologically, jumping to conclusions is frequently reinforced by complexes—clusters of emotionally charged associations which gather around an archetypal nucleus that is laden with psychic energy. Complexes tend to have a mind of their own and can distort reality in a way that the ego is more prone to accept a conclusion that is not supported by facts. The constellation of a complex is typically predicated on a triggering event that conforms to the pattern or gestalt of the complex (i.e., trauma, break-ups, etc.). Jumping to conclusions could be viewed as a kind of confirmation bias. 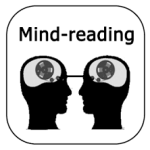 Not surprisingly, we tend to import our mindsets and thoughts onto people and situations. If we are feeling a certain way, we tend to project those same feelings on to another person. This phenomenon often happens in personal relationships. The best way to avoid “mind reading” is by consciously seeking out other alternatives or critically engaging the person or situation. We really do not know unless we ask, and even then we cannot expect to identify the problem by asking.

“Me, me, me” and “them, them, them,” are also considered thinking traps. “Me, me, me” occurs when a people believe that they are the sole cause of every problem they encounter. Both of these thinking traps pose significant obstacles to human relations and one’s emotional well-being. “Me, me, me” can produce low self-esteem and unnecessarily foster feelings of self-condemnation. Conversely, “them, them, them” takes place when people believe that other people or circumstances are the cause of every problem they encounter. Such a mindset can lead to scapegoating and human suffering.

“Always, always, always” and “everything, everything, everything” constitute the two final thinking traps on our list. “Always, always, always” occurs when one believes that negative events are unchangeable and that he or she has no control over them. Naturally, such a view is not consistent with reality and likely represents the constellation of a feeling-toned complex. “Everything, everything, everything” occurs when people believe that they can judge a persons’ worth, motivation, or ability on the basis of a single situation. For instance, a thief steals the purse of a man’s wife. The thief is later caught and revealed to be a non-practicing Muslim. Thus, in the man’s eyes all Muslims are thieves and bad. In the aforementioned scenario, one single event compels the man to condemn all Muslims. Such a thinking trap also parallels what we described earlier as confirmation bias—the tendency to search for, interpret, favor, and recall information in a way that confirms one’s beliefs or mindset. 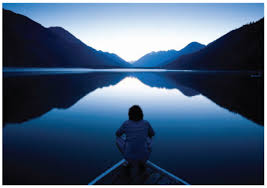 In summary, it is important to underscore the fact that there are a number of different kinds of thinking traps, as stated above. Thinking traps are common and it is not difficult to succumb to them, especially during particularly stressful situations. Because of their complex nature, thinking traps tend to distort one’s perceptions. Because of thinking traps, one also often misses critical information. Despite the problematic nature of thinking traps, one can effectively mitigate them by maintaining a critical and objective mindset. Thinking traps can foul up a person’s decision making and lead to both short-term and long-term—sometimes irreversible—consequences. Although it sounds obvious, the best way to confront darkness is through light and the best way to approach unconsciousness is with consciousness. Optimizing one’s mindset (Fig. 3), one of the principal goals of depth coaching, requires one to avoid thinking traps. Avoiding thinking traps is our chance to take the time necessary to think more flexibly, accurately, and thoroughly to respond to events in our lives in a productive manner.